You Have The Power

You have the power to change the world. Use it to make a difference. Here’s Alyssa’s story…

“Hi Ian!  This is a long message so be prepared

I’m so excited to be coming home next week after being gone for a month and getting back into the swing of things!  I wanted to tell you though that since many of my friends and family up here in Michigan haven’t seen me in a year or so, obviously they haven’t seen me since making some big life changes…..like getting healthy, getting strong, and losing 60 pounds!!  So I have felt like an evangelical preacher about EarthFit, the things I’ve learned from all of you, and the importance of being healthy.  You all have changed my life and I love sharing my story!

In particular though, I want to tell you about my best friend from high school, Heather. She has been very overweight since I’ve known her and has had a lot of health problems (Behcets disease, chronic migraines, asthma/allergies, and more).  She was also just in a really bad car accident on Fathers Day of this year.  She was told she suffered a concussion and two herniated discs in her back along with major bruising and trauma all over her chest, arms, and legs.  She also had “unexplained” swelling in her right leg that they never did really figure out.   She has been to all kinds of doctors and they have done all kinds of scans.  Her CT scan report even said she had possibly suffered from a stroke after the accident.  She’s been having memory loss, bad anxiety, depression, and just all around not in a good place since this happened.

On July 7th Her family had a surprise 40th birthday party for her while I was here, which unfortunately she spent half of in the bathroom throwing up and being sick.  (I think I told you that I used to be a nurse before I had kids, so with having my medical background, and knowing what she had been through with the accident, I was really watching her.)  She and her family kept saying it was the concussion that was making her get sick to her stomach like that since the accident.  This is a picture of her and I when she first got to the party 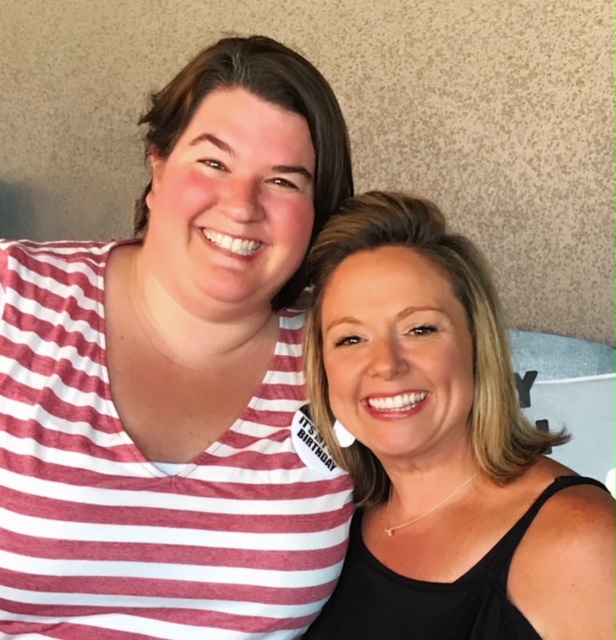 To be quite honest, I didn’t believe them at all.  She came into the room happy, surprised, talkative, social, and fun like I’ve always known her to be.  But then I saw her sit down at the table, eat a giant greasy cheeseburger and French fries with two large coke refills and put at least 6 prescription drugs in her mouth all within the first hour.  30 minutes after that she could barely stand, was flushed pale white, sweating, and in the bathroom throwing up.  I could plainly see that It wasn’t the concussion from weeks earlier that was making her sick…..it was the food and the drugs she just poisoned her body with that was making her sick.

While we were sitting at the table before she got up she was taking a lot of interest in knowing what I had been doing to lose the weight and to get feeling better.  She saw me last year when I was just miserable and couldn’t believe how much healthier I was.  I could tell she was open minded and was ready to hear how maybe she could change her life too…..but obviously I wasn’t going to start my preaching at her birthday party, while she’s eating junk food, and then certainly not once she got sick!

So anyway, I saw her a couple of days later when we went to her house and when we sat down at her table she just instantly started crying and said “I don’t want to live my life like this anymore.  You are proof to me that I don’t have to and that I can change things.  Tell me what I can do.  I need you to help me.”  I felt so sad and thankful at the same time.  So sad that she felt that way yet so thankful that I had been there, in that same place, but made the decision to walk into EarthFit, find you and your staff to help me and to guide me, so that maybe now I can help my friend so that she doesn’t have to feel that way anymore either.

We sat there that afternoon and I made her watch The Magic Pill movie with me and then I also told her about your superhuman workshop and had her watch the Wim Hof video.  I had her watch his techniques on the video and we practiced together as well.  This is a text I received from her yesterday

She finally had a brain MRI done as opposed to the previous CT scan.  The results showed no signs of concussion, no signs of stroke, no signs of trauma.  This is completely against what the other doctors have been telling her for a month now.  She does have mild white matter disease which is likely causing her memory loss and migraines though which really upset her.

I told her though, the great thing about white matter disease is that the reason you have it is because of your obesity so you know why you have it…..and the best part is it can be reversed on your own without any medical intervention with a healthy diet and exercise!  It’s curable!

They also finally figured out what’s going on with her leg….cellulitis!  Now, why doctors took a month to figure out that an overweight person has cellulitis in their leg I’m not really sure but, that’s why I don’t want to work in the medical field anymore

. Anyway, again, I told her cellulitis is treatable, caused by being overweight, and completely preventable with diet and exercise.

SO….very long story short…..everything that is making her feel awful?  SHE has the power to fix and take control over.  Just like YOU taught ME!

I obviously don’t know much of anything and my path to health and wellness has been short and is just beginning, but if even just a small part of what I learn can help someone else, my journey will be a success.  I of course want to be better for myself, but making others around me better in the process is an equal reward 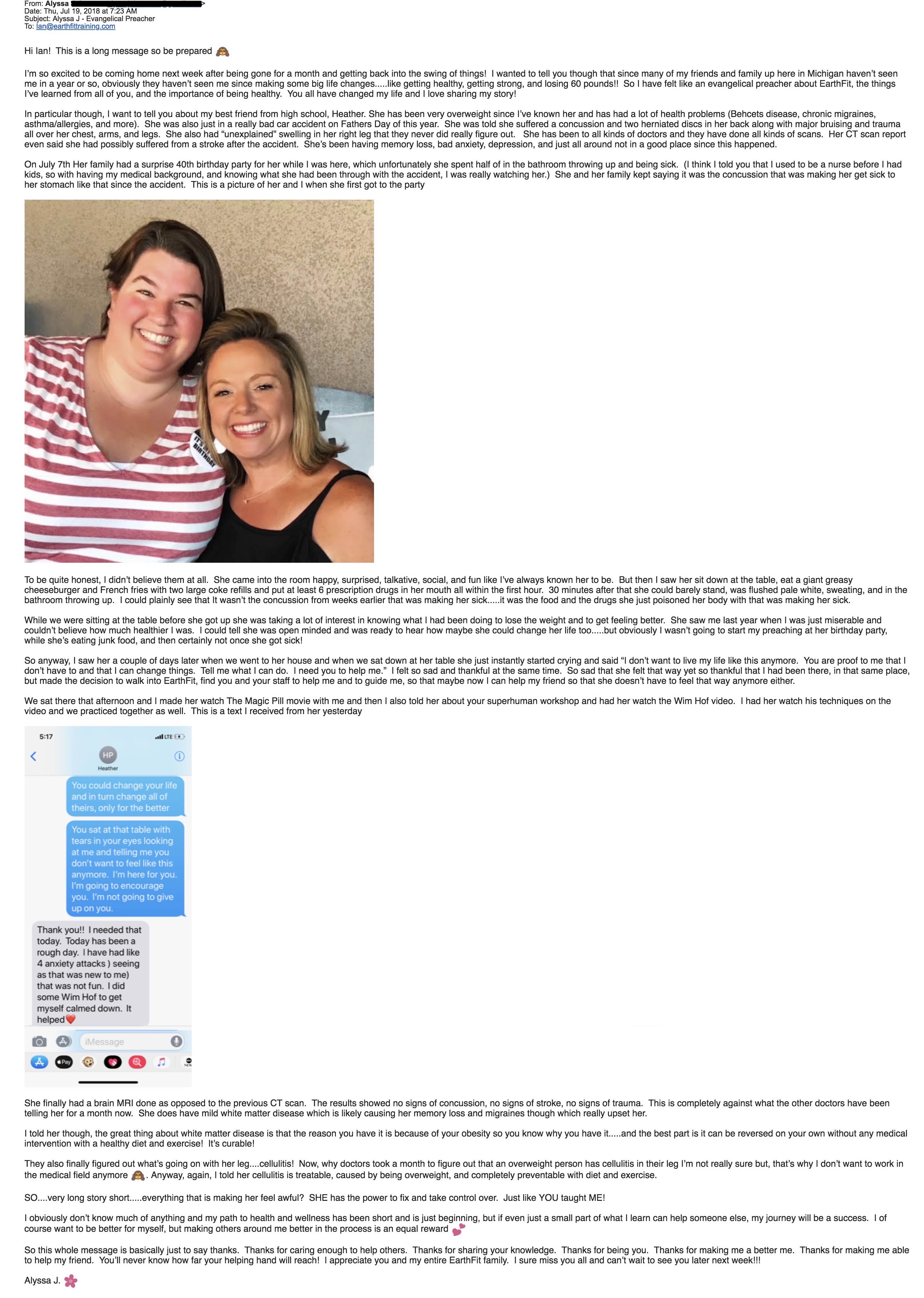