“Hey! What’s going on? Today I wanted to speak to you about toxic overload and how to detox the body. Today, as opposed to a hundred years ago, we are taking on in our bodies excessive amount of toxins that our bodies are not used to. So where are these toxic chemicals coming from? Well they’re coming from all over the place, right? Our water – chlorinated, fluoridated, defined antidepressants, pain medications, statins, all of these stuff is now leeched into our water and there’s not much we can do about it besides getting a high power filter. But if you already have those toxins in you then we have to get them out some way, and I’m going to explain that as this video goes on.

Now, this is not just drinking water, if you take a shower it has chemicals; it’s going in through your skin as well, so a lot of people recommend actually travelling with a filter for the shower because it prevents the chemicals from getting into your body when you go around to these different places. We don’t know what’s in the water. Now, air pollution. Simple air pollution gets a lot of chemicals into the body. Preservatives, additives in our food. Our food is laid with chemicals nowadays. Detergents, perfumes, solvents, there’s just like tons of chemicals everywhere you go. Sometimes it’s the least expected thing that is giving you chemicals or putting chemicals into your body.

So what determines how toxic you are? Well, your age determines how much toxins you have in you and the exposure to certain chemicals. So, for me for example, I grew up swimming, you know. I started swimming at a very early age. I stopped swimming probably when I was about 14, so from about 5 years old to 14 years old I was in chlorinated pools an excessive amount of time. Chlorine is not healthy for the body and that toxic chemical can sit inside my body. So, have I processed that chlorine out? Probably not, but I wouldn’t really know until I actually do a detox program to get that stuff out and there have been instances where people who are swimmers have done a detox program, which I’ll explain, and the chlorine has come out years and years later until a point where they’re sitting in a sauna and they could smell the chlorine and people had to leave, other people from the sauna had to leave because it was so toxic.

Many people think that our liver is the only way that we do the detox so you have your liver, your liver is supposed to detox and detox everything out of the body. Well the liver does do a lot of detoxing, but unfortunately, it can’t do all of it and now, with overload of chemicals, those chemicals can’t get processed fast enough and get excreted through the body, so they are stored in certain places like the joints, like fat. The main place that you’re going to see this is in the fat. Toxins get stored in the fat. So just fat burning helps to release these toxins. But we want to carry these toxins outside of the body so sometimes it gets released in the fat and it just gets circulated throughout the body and nothing carries it out and it goes right back into the fat and into the brain. Remember, your brain is 60% fat.

There is a detox program, there’s numerous detox program people say the 21- day detox or the 7- day detox. This program which I’m about to explain has been proven; it’s been going on for 40/50 years, it’s progressed and improved upon; there’s many doctors out there doing this program – Dr. Yu is one of them, he’s been speaking about it for years and years and years. The starter of the program was actually L. Ron Hubbard, the creator of Scientology. I hope that doesn’t turn you off from this, ‘cause in reality Ron Hubbard was an absolute genius. He was deep into biochemistry and physiology of the body. So, I’m going to just simply, very small, I’m not an expert in this, I’ve been researching it for a while but I’m going to explain to you the process so it helps you understand how toxins can get out of your body and out of your brain so that you can live a cleaner and clearer life and not feel, you know, the feelings we get from toxic exposure which is anxiety, depression, lethargy, chronic fatigue issues, and then not to mention all the diseases that come from toxic exposures, so neurodegeneration, neuro diseases, diseases in the nerves of the body, dementia, alzheimer’s, all these things have a place in dealing with chemicals and toxins. So when we remove the toxins a lot of times we will see the symptoms disappear.

This is the process… one of the ways that L. Ron Hubbard found out is that taking B vitamins, specifically niacin B3, that helps to explode the fat cells essentially in layman’s terms and so the fat cells which hold the toxins then release the toxins out to the body and there’s a progressive model of how much niacin you take and it should be done specifically and this is again in medical advice so if you feel like you have toxic overload, seek a medical professional for any of this stuff. The toxins get released into the body, you go and exercise, specifically using your cardiovascular system because a cardiovascular system is designed to remove waste from the body. Then the next step would be going into an infrared sauna; not all infrared saunas are created equal so you want to make sure that you’re going into a good sauna. Those infrared saunas are proven to excrete 90% more toxins through sweat than if you’re going to do it through exercise or any other way. Alright, so that is through the skin. There’s two main ways where these toxins get released from: through your skin, so that is the sauna, then once you’re done with the sauna you can do it in the process of being in the sauna, but typically afterwards you take the activated Charcoal and or Calcium Bentonite Clay. You might have heard some of my videos about Calcium Bentonite Clay, how it has a negative ionic charge and how the toxins have ionic positive charge and so it’s done through the process called adsorption not ab but adsorption because the negative ion from the charcoal attracts the toxins, adsorbs it, takes it and brings it through your body so you’re removing toxins that way. Activated charcoal removes everything, it removes good minerals, bad minerals, all that stuff so through this process we’re always replacing the minerals, vitamins, etc.. Activated charcoal is a great way to remove the toxins, if you go out drinking it’s recommended you take activated charcoal to lessen the hangover or completely remove the hangover. 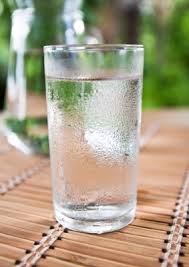 When you’re doing this process, it’s a must that you’re drinking a ton of water and taking in the good fats to replace the bad fats that have been burned off through the process and releasing the toxins, minerals, vitamins, etc.. So, specifically magnesium, good fats like coconut oil, omega 3s as well as taking vitamin D, D3. All of that in process will have boost your immune system or replace the electrolytes, all the minerals that you’re losing through this process, and when it’s done consistently and efficiently, which must be done consistently and efficiently because if you don’t follow this process consistently and efficiently for 3-4 weeks on a consistent basis what happens is you can end up putting the toxins back into the brain and back into the fat deposits, and the next time that you’re trying to do this it will become harder and harder because the body will protect itself from it. 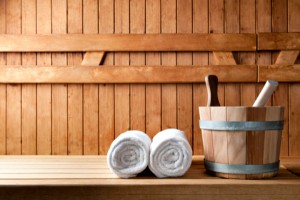 So, this is something that we are going to be bringing into our training facility because I feel like it’s one of the most powerful ways to not only burn fat, get healthy and feel good, but it’s one of the best ways to have a clear body, clear mind; something that many of us nowadays are missing and we don’t even realize how our mind and body are affected by toxic chemicals that are in them and so this is a simple explanation of something that we will be getting into and is very important I think for everybody’s health. And this process has been used to help eliminate radiation, they actually use this stuff for people who have been exposed to Gulf War, the Gulf War Syndrome, those toxic chemicals, 911 victims who inhaled all those chemicals when they went to clean up the mess, on and on and on… So it’s an awesome tool to use on your path to feel amazing, looking your best, but really having the mind-body connection and that is what it’s all about. Alright, I hope this helps. This is Ian Hart with EarthFITtraining.com and Beaufortpersonaltraining.com. You can also find me at MyBackPainCoach.com, as well.”