“Hey! What’s going on? Since we are in full blown flu and cold season and I have people asking me all the time every day what to do to prevent the flu but also to recover from it and getting congestion and phlegm out of the body. So I’m going to explain to you now some of the best natural ways to help recover you from the flu and also to prevent it during the winter season because let’s face it, that’s the time when most people are coming down with illnesses, colds, flu, etc.. And so I’m going to break down what and why I do certain things and so we have a few things here you might recognize some of them, maybe some of them you have never even have heard before like Cajeput Oil which I’ll explain Cajeput… you might have seen my son speak about that in the video. I’m going to explain to you why I do it, what I do so we’re gonna start first off about getting sick.

Now we have what’s called free radicals in the body. Free radicals are created when we workout, we have stress etc. and some of it is normal and totally fine and needed but when we have excessive free radicals in the body then that’s when we can start to have effects on the immune system and pick up colds, flus, viruses, etc. and so we use a food typically we want to use food all the time to help boost our immune system with vitamins and minerals. But sometimes we need supplements to help assist us along the way and as you see some of these are not supplements, they are actually food. Alright, so we have some food here but these supplements that I have here right now are extremely powerful at assisting our body. So let’s speak about Vitamin C. 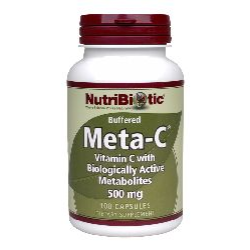 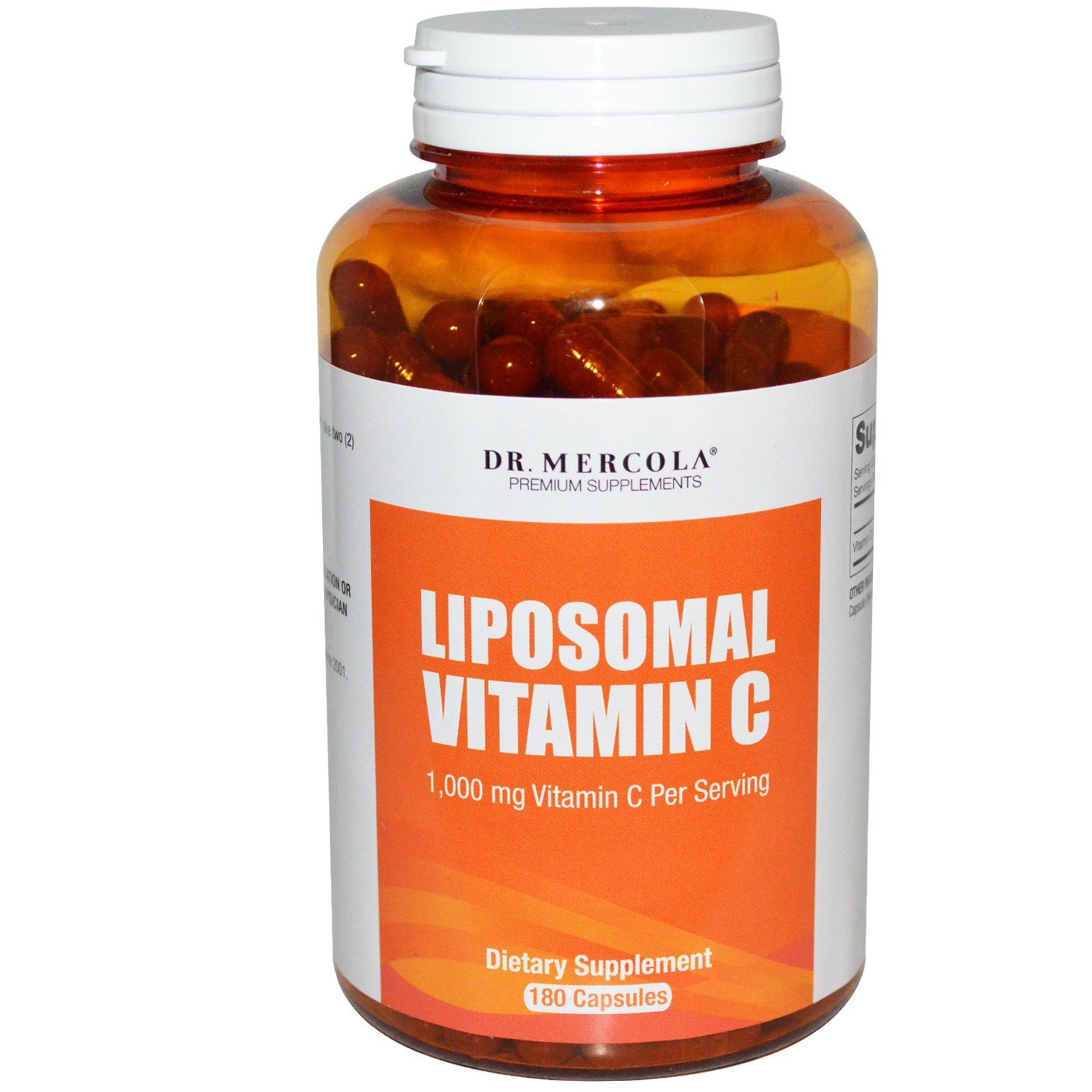 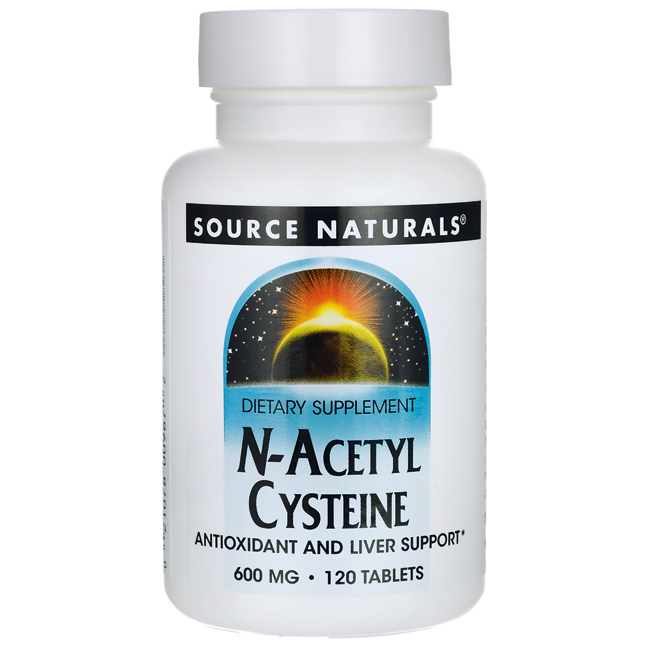 So these 2 together (Liposomal Vitamin C and Acetylcysteine) are very powerful so just using those will help boost the immune system, help neutralize the free radicals that you might have in your body especially if you’re sick or you feel like you’re coming down with something, these are very important. Now I did something that I’m not supposed to do the other day which I tell all of my clients not to do. I woke up I felt like I was like fighting something at the night, I woke up and I had like a little tickling my throat with a phlegm and I went and trained with my staff, I worked out. Working out while you’re under the weather is a no no because you already have the free radicals there, your body is fighting, your immune system is working to help combat the issue that is there and then if you’re going to workout that lowers your immune system and then exposes you to you know getting worst infection or whatever it might be. And so I ended up working out. I cut the workout short because I was like guys this is probably not good for me, I was feeling something but I wasn’t sure if I was really sick or not. It turns out yeah I should’ve definitely not workout and I ended up getting like a full blown flu and I haven’t gotten that a long time. But, I know how to get rid of it very quickly so in one night I was able to get rid off I had a swollen throat, burning in my throat, joint aches and pains, fatigue when you walk… so I started of with a vitamin C and then to get rid of the congestion and the throat issue this was helping with the congestion on the throat as well but this is one of the best oils around for numerous functions and it’s oil of oregano.

Very important thing you want to make sure that you spit this out in the toilet or outside because when you’re oil pulling it really pulls out some terrible toxins that you do not want to spit into your sink so that’s one caveat then one thing I didn’t bring here which is very powerful as well and this are other things that I used to assist in the process is I’ll take a shot of apple cider vinegar and directly after that I take like a half of teaspoon of Manuka honey.

Now the other thing , so I would do all these things and on top of that I drink this tea that I am about to go over with you anyways but, this is a tea that is extremely powerful. I share it with everybody even the other day someone said “Hey, my girlfriend was drinking your ginger turmeric lemon honey tea and she was losing a pound a day just by drinking your tea” and I was like “Whoa! that’s the first time I’ve heard of that…” and she hasn’t changed anything else but drank the tea so this helps open up your detox pathway. So the tea is giner; this is ginger root. I shave this off, I grated up. Usually when I make it I make big bushes of it so I use a massive amounts of ginger root. The more, the better. Then smaller amount of turmeric probably about 1/3 amount of ginger that you use, same thing shave this down, grate it, put it into a pot, steep it for at least 20 minutes the longer the better. Once the tea is steeped, you strain it, put a lemon. I literally put sometimes a whole lemon in so 8 oz, I put a whole lemon, I’ll squeeze it all in there or a half of lemon right depending on how many lemons we have, who’s using it, and then I’ll stir in raw honey. And then drink that throughout the day. 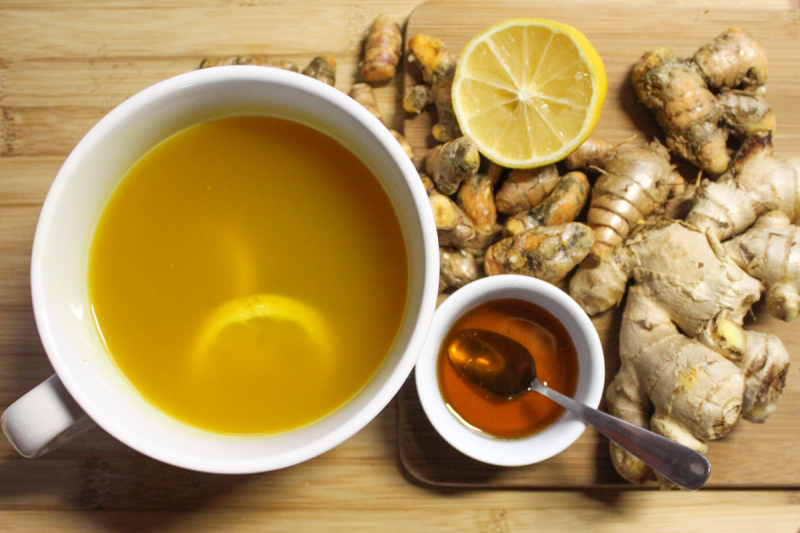 So it probably seems like a lot. I guess now that I put them together it is but I don’t think about it when I’m doing it. It’s just like couple of these, shots of apple cider vinegar, a little table spoon of that, this tastes really good so that’s awesome. The tea that I make tastes great. I drink it even not when I’m sick because I use it as recovery for even training because it’s anti inflammatory it’s awesome it helps with recovery from a hard intense workout. This (Oil of Oregano, Oreganol Juice) typically I only use in the times that I need it and we use these I mean if my son has a fever we put it a drop, I put it on his foot. It’s gone instantly. And then these (Oil pulling) I only use when I’m feeling sick or run down as well. You can do oil pulling every night it’s not a big deal, that’s actually very healthy for your mouth and your teeth. This (Bentonite clay) I’m not too sure about the long term use of Bentonite clay but I’d think… I’m not sure I can’t really give opinion on that ‘cause I haven’t studied it. The last thing I want to talk about is the Cajeput oil. 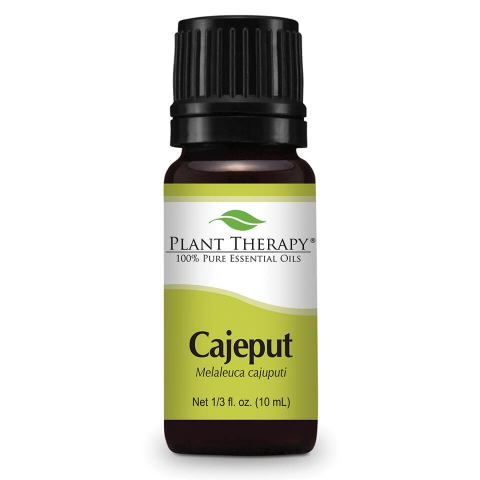 So, I hope you find this helpful. If you have any comments or questions about any of these stuff, let me know. These right here if you have any cold, flu symptoms, any type of sickness for the most part like it’s not obviously disease that you are ailing from. This will get rid of it and you will feel better like 50, 70, 80% faster than if you did nothing or even if you got over the counter medication because if you got medication for your colds, flu, sickness whatever you have to recover from the flu and at the same time recover from the toxins that you put into your body from the over the counter medication which is most of the time the case that you’re getting over the counter medication. I hope again you find this helpful. This is really powerful stuff. Remember, food is your medicine and we’re taking properties from food naturally and using these to help the body assist to along the way, to recover and feel better. Alright, have a good day!”

As flu and cold season hit its peak, I thought I would share this
important information about Vitamin-C with you. Most people are
not aware of its power in the face of sickness.

It is a long video but you will find a lifetime of healing information
in it that will be well worth watching.

If you could cut your cold and flu time down by 80% for the rest of your life,
would this 1 hour seminar be worth it?

Reduce Colds And Flus by 80% with this one…

P.S. Here is a testimonial of unexpected consequences of doing the EarthFIT Body-mind Purification Program. “I wanted to share with you another result I just found out about. For the last 8 or so years I’ve worked off and on with a coach at the gym. He regularly weighs me and measures my body fat % to track how I’m doing. The gym regularly does 60 day challenges to encourage people to lose weight/fat. I don’t care so much about what the scale says but I do track body fat %. Typically he recommends shooting for a 1 or 1.5% change over the 60 days because he knows that even that is a struggle for me and I end up usually less than 1% despite clean eating and working out. Yesterday was the end of another 60 days so I went in for my results. Once I stepped off the machine that measures the body fat he said “what have you been doing?” I asked why he was asking and he showed me I dropped 3.9% body fat. He said that is so dramatic for me that he was stunned. I told him about the protocol. I think he is still stunned!”

P.S. We are at full capacity and still have people on a waitlist for the Lady’s Island location. There are many people inquiring about joining EarthFIT, if you have friends and family who are interested, please let them know to get on the wait list ASAP so they can in sooner rather than later.