“We ‘re going to have a nutrition talk today. I’m going to talk specifically about when and what you should be eating post exercise. All right. Let’s get right into it. So you just had an amazing workout and now you’re thinking to yourself, “What should I eat?” And “Does it really matter when I eat this?, I’m going to address both of those first, (1) the when, so deciding when you need to eat after really depends on one major factor. Are you going to train again later that day? If you’re not going to train again later that day, it doesn’t really matter how long you wait until after your workout to eat. As long as you do in fact, replace the nutrients then you’re hitting the targets you need for that day. You’ll hear this myth that you need to eat 45 minutes after your workout. And you’re taking the protein because that’s the anabolic window that has been proven false. That’s really just marketed by supplement companies to ritualize, taking their supplements after you workout, taking the protein right after your workout. It really doesn’t depend as long as you’re not going into another training. Now, if you are going into another training later that day, or you’re an athlete or something like that, if doubles, you’re going to want to eat two to three hours prior to that next training. So that’s kind of, when you should be eating, it doesn’t really matter unless you are training later that day.

Now the “what” first, no matter what type of exercise you’re going to do is you’re going to want to hydrate with the next meal. So make sure that you’re hydrating, um, appropriately. So water H2O.

Second thing, is it really with all forms of exercise, you’re going to be burning through carbohydrates and you’re going to want our place proteins after exercise. So based on the type of exercise you did, 2 – is going to kind of factor how much. So if you did something that you burned a lot more calories, it was a bit longer. You’re going to obviously want to have more of that, right? again, based on whatever your nutritional recommendations are from your coach or whatever type of plan you’re on. So the main things that you’re gonna want to do is eat proteins and carbohydrates, easily digestible carbohydrates. Usually you’re going to want something like fruits, potatoes and rice, really. It doesn’t matter, but I find that those cause less inflammation, things you do want to consider after working out is your body gets an inflammatory response after you work out.

So eating right after, isn’t always the best for some people. If you eat right after and you find that you’re getting swollen, um, a good test is the ring test. So if you’re married, you have the ring. If you can’t get that ring off your finger after that means you’re probably a little bit inflamed, just wait a little bit longer. It’s not gonna hurt you as long as you are getting in it, because again, the body after you work out, it sends an inflammatory response, and then eating a bunch of food after also sends an inflammation response. So just keep that into consideration. Sometimes it’s better to wait a little longer or have a little bit of a smaller meal right after, and then a larger meal proceeding that one.

All right, that’s all for today to recap. It doesn’t really matter when you eat post-workout as long as you are getting in your calories, your nutrients, everything you need, unless you’re doing doubles, then you’re going to want to eat two to three hours prior to the next workout. And then in terms of what you should be eating, we want to focus on hydration first and foremost. We want to get a good source of carbohydrate in to replenish the glycogen stores in our muscles. And we want to get protein to build everything back up. All right. That’s all for today. I hope you found value in this video. If you liked it, give me a thumbs up. If you loved it, give me a heart that’s all for today. Stay strong.” 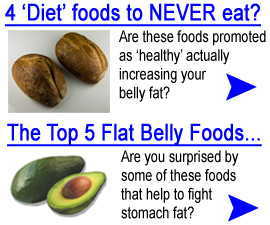